Find us on
Facebook-u
SR РУ 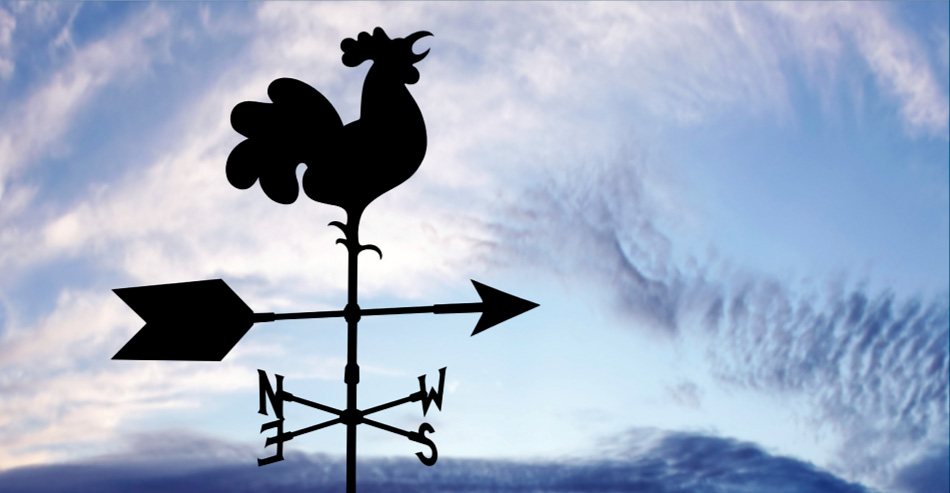 Renewable energy sources are sources of power that are found in nature and can be replenished.

Тhese include the energy from water currents, the wind, stored solar power, biomass, geothermal energy, and other sources.

They can never be exhausted, in contrast to non-renewable sources such as nuclear fission, and fossil fuels that were created in the past – like coal, crude oil and its derivatives and natural gas – which currently cannot be renewed and which, it is quite reasonable to expect, will be used up at some point in the future

Non-renewable energy sources present two major problems which are successfully addressed by the use of renewable sources.

Renewable energy technology is playing a vital role in reducing the quantities of CO2 emissions released into the atmosphere, and in doing so contributing to a reduction of the greenhouse effect. It is clean and has a much smaller impact on the environment in comparison to conventional energy technologies. 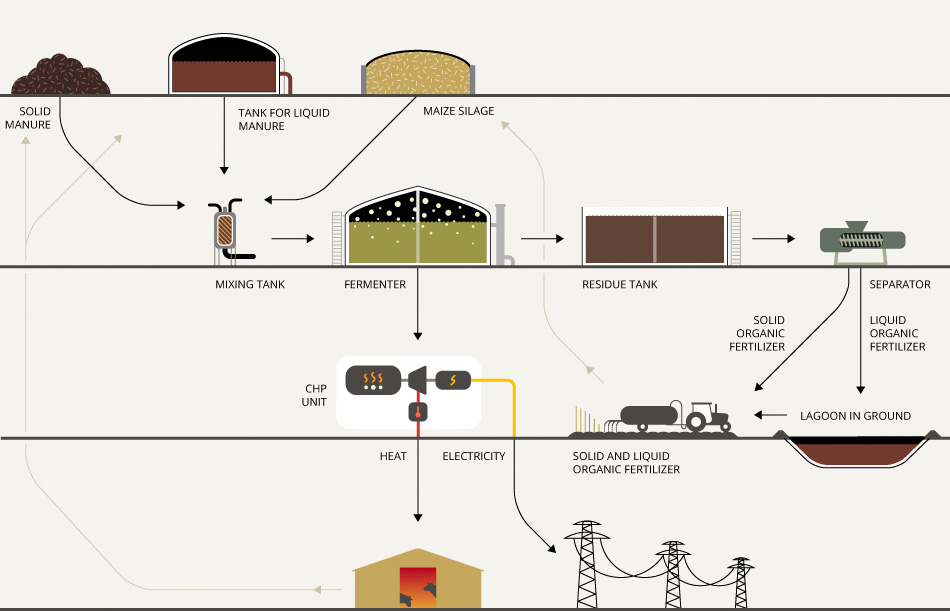 As part of the global initiative to reduce emissions of harmful gases and the greenhouse effect, and to preserve a healthy environment, Global Seed has constructed a biogas plant to produce energy obtained from renewable sources using anaerobic digestion.

With more than 2,000 cows at our farm in the village of Čurug, we began to think early on about a very real and growing problem: what to do with the organic waste and where to dispose of it. This is a problem shared with other agricultural holdings and companies, not only in Serbia but across Europe.

That is why one of the key benefits of biogas production is the conversion of large quantities of waste into a valuable source of energy, since organic waste is used as a substrate for anaerobic digestion.

In addition, we can expect ever more restrictive domestic and European regulations regarding waste management and the use of organic waste in energy production. Biogas plants are one of the best ways to meet these requirements. Biogas plants also reduce the quantity of waste and the costs of its disposal.

Our biogas plant has an installed capacity of 1.2 MW, although heat is also produced as a by-product of generating electricity, and is used to heat the facility. Another by-product is solid and liquid fermented organic high-quality organic compost, which is used to fertilise agricultural land.

Biogas – what is it
and what are its benefits?

Biogas is a mixture of methane and carbon dioxide, with traces of ammonia, hydrogen, nitrogen, hydrogen sulphide, carbon monoxide and water vapour. It is the only renewable source of energy suitable both for generating electricity and heat energy and for producing gas and liquid fuels.

Biogas is obtained with the help of methane-generating bacteria which assist in the process of breaking down the material without the presence of oxygen (anaerobic digestion). This process goes on in nature, in ponds and swamps, in the digestive tracts of ruminants and also under controlled conditions in the fermentation tanks of biogas plants.

Anaerobic digestion is a common method for processing the waste from the livestock industry (liquid and solid manure), yielding electrical and heat energy and high-quality fertiliser.

By producing biogas through anaerobic digestion, less of the methane (CH4) and nitrous oxide (N2O) resulting from the disposal and use of manure are produced.

We have already mentioned that carbon dioxide is the main cause of global warming and the greenhouse effect. CO2 is also released during the evaporation of biogas, but the difference between this and fossil fuels is that the CO2 from biogas has been absorbed from the atmosphere through plant photosynthesis in the recent past. For this reason, biogas use is considered to be CO2-neutral and does not give rise to an increase in the volume of greenhouse gases.

Using biogas also helps mitigate global warming by reducing the consumption of fossil fuels in the production of energy and automotive fuels and in doing so significantly reducing CO2, CH4 and N2O emissions.

However, the greatest contribution made by biogas plants to the reduction of emissions of harmful gases is in the fact that in using biogas, methane (CH4), is burned rather than being released into the atmosphere, where it would otherwise cause some 22 times more damage to the ozone layer than carbon dioxide (CO2).

Organic fertiliser contains living creatures (microorganisms) that break down the components of the soil and make them accessible to the plant. Organic fertiliser also affects the maintenance of temperature levels in the soil by absorbing and accumulating solar radiation, which ensures that the soil warms up better and earlier, and crops can be sown earlier.

Organic fertiliser makes the soil looser, creating space for the air necessary for soil microorganisms to work. Loose soil absorbs and retains moisture better, which is important in areas with little rainfall.

Organic fertiliser as an end product of the biogas plant has many positive qualities compared to the liquid and solid manure form in which it entered the plant. 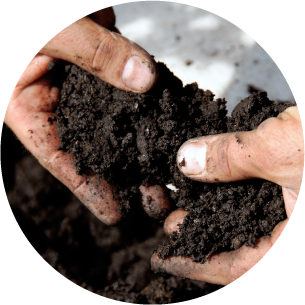 What happens to the electricity
that is produced?

In the segment of biogas production in which electricity is generated, the most important aspect for the producer is the economic impact.

During 2009, the Serbian government passed a whole raft of regulations governing the production of energy from renewable sources, of which the most important was the so-called "feed-in tariff”, which allows companies producing electricity from renewable sources to sell electrical energy to the Serbian state grid (EPS) at favourable subsidised rates.

A priority of every producer of electricity from renewable sources is to be awarded the status of a privileged producer. The most important aspect of this privileged status is that they have priority access to the electricity market over other producers, where all other electricity supply conditions are equal. They also have access to subsidies as well as tax, customs and other forms of relief vital to ensuring that renewable energy generation is economically viable – in most cases it is otherwise more expensive than production using fossil fuels and traditional technologies.

Once a producer has gained the status of a privileged producer of electricity from renewable sources, they sign a 12-year contract with the Serbian state grid (EPS) on the purchase of electrical energy at a privileged price that depends on the installed energy of the plant.